You are here: Home / Archives for Dugald Cameron

Dugald Cameron is a horticultural consultant based in Toronto. For 32 years until December 2014, he owned and operated the Gardenimport mail-order nursery. 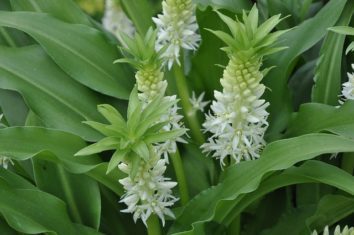 Debbie in Winnipeg, Manitoba, asks: Why won’t my eucomis bloom? They did bloom the first few years, but for the past three, they have grown only leaves. I give them lots of sun and water, and occasional fertilizer. I’ve tried 10-52-10 and 20-20-20. I store them dormant indoors in their pots and then pot them up in fresh new potting soil in early spring until they can go … END_OF_DOCUMENT_TOKEN_TO_BE_REPLACED 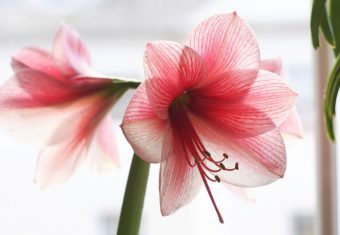 Sylvain in Montreal, Quebec, asks: I stopped watering my amaryllis at the beginning of September as usual. The leaves yellowed and were cut off. As I was about to store them for 10 weeks in my cool, dark cellar, they started growing new flower stems! I have been growing amaryllis for 20 years and this has never happened. What should I do? From Dugald Cameron, bulb … END_OF_DOCUMENT_TOKEN_TO_BE_REPLACED 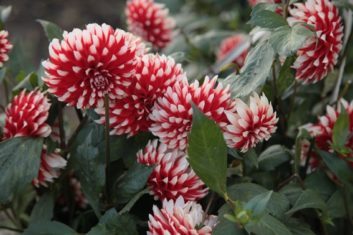 Colourful dahlias, native to Mexico, make a superb cut flower. They thrive in hot, sunny weather and rich, fertile soil, but they won’t survive freezing temperatures. This means you’ll need to store dahlia tubers over winter if you wish to plant them again next year. But before learning how to divide and store dahlias, first decide if it’s worth the effort. Unless your … END_OF_DOCUMENT_TOKEN_TO_BE_REPLACED 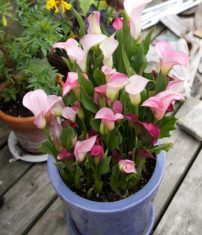 In the fall, you can store calla and canna plants for next year. Both are easy to overwinter; here’s how: Overwintering calla lilies These wonderfully colourful plants are from South Africa. In their natural habitat, they grow and flower during the wet season, going dormant during the following dry season. Fortunately, these bulbs are super easy to store over the … END_OF_DOCUMENT_TOKEN_TO_BE_REPLACED 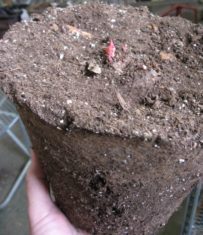 It seems a shame, but tuberous begonias are often flowering at their best in late summer, just when it’s time to bring them indoors. Like most bulbs, tuberous begonias need a period of dormancy – several months where it’s dry, dark and cool. My bulbs spend the winter in a dark corner of our basement. I discovered my storage trick by trial and error over the many, many … END_OF_DOCUMENT_TOKEN_TO_BE_REPLACED