Now that the dog days of summer are upon us, many Canadian gardeners are beginning to spend less time edging, planting, pruning, watering and weeding, and more time enjoying our outdoor spaces from the vantage point of a comfortable chaise longue or hammock. And if you look closely, most of us will be armed with a book: Reading is a Canadian summertime tradition — whether at home in an urban backyard or lakeside at the cottage.

For much of the past decade, my summer reading lists have been composed of horticultural titles that I needed to read for my own edification or for future book reviews. But as Rosalind says to Orlando in [Shakespeare’s] As You Like It, “too much of a good thing” isn’t always the best plan, and I was starting to feel like a one-trick pony.

So this summer — in honour of Canada’s 150th — I decided to explore some lesser-known Canadian titles that aren’t totally garden-centric. Having said that, I didn’t want to forego my love of nature entirely, so I chose books in which the storylines are so interwoven with their natural surroundings that the Canadian landscape itself assumes the proportions of a main character. I chose four books, each one representative of a different region: Manitoba, British Columbia, southern Ontario and Nova Scotia.

I began my journey in southern Manitoba with Settlers of the Marsh by Frederick Philip Grove (1879-1948). Born Felix Paul Greve in West Prussia (now Poland), Grove’s personal life reads like a lurid soap opera script, but suffice to say, he arrived in Manitoba in 1912 and found work as a schoolteacher in rural towns (such as Winkler) for the next 10 years. After turning to writing full-time, he struggled to get Settlers of the Marsh published in 1925; it was considered by many to be “indecent and obscene,” although it’s pretty tame by 2017 standards.

I found it utterly mesmerizing, and it reminded me of Margaret Laurence’s early novels, although its realism and use of landscape as character is more often compared with Thomas Hardy’s work. Settlers of the Marsh is an early example of the genre which would come to be known as “prairie literature,” and I look forward to reading more Grove (Fruits of the Earth and Over Prairie Trails top my wish list).

I’m halfway through Martin Allerdale Grainger’s (1874-1941) largely autobiographical novel Woodsmen of the West (1908), and am loving every page of it. It traces the story of an Englishman who lives the life of a logger in coastal British Columbia at the turn of the last century, a world that Grainger knew well.

Born in England, Grainger was educated at Blundell’s School (Devon) which always reminds me of R.D. Blackmore—the author of one of my favourite classics, Lorna Doone: A Romance of Exmoor (1869)—himself an old Blundellian who also used the natural landscape (Exmoor in this instance) as a central character.

Woodsmen of the West was written in England (where Grainger and his Canadian wife were visiting family) for the sole purpose of making enough money to pay for their passages back to Vancouver. The book sold well, and within nine years Grainger found himself appointed Chief Forester of the newly formed British Columbia Forestry Service. The book is hailed as a realistic, gritty account of a logger’s life in British Columbia, and it’s a pity Grainger stopped writing after this initial success.

I stumbled across the writing of Anna Brownell Jameson (1794-1860) while I was doing some background reading about mayapples for my article in June. All of a sudden, I realized that the flowers Anna was describing in her Winter Studies and Summer Rambles in Canada (1838) were growing in Erindale (now Mississauga, Ont.) on the banks of the Credit River, an area I know like the back of my hand. She was visiting the Reverend James Macgrath, first rector of St. Peter’s, Erindale (my father was the 12th) during the summer of 1837, and her descriptions and details all ring completely true, despite the passage of 180 years.

Born of an artistic family in Dublin, Ireland, Anna’s husband Robert was appointed Vice-Chancellor of Upper Canada (the province’s highest legal position), and Anna journeyed to “Muddy York” with the express intention of securing a legal separation. She arrived in Toronto in December 1836 (loathed it), but spent the summer on a long solo tour through southern Ontario (loved it), soaking up as much local colour as she could, and returning to England in August 1837. A woman ahead of her time, Anna was especially concerned with the welfare of Canadian women—both native and settler—and is now considered one of Canada’s first feminist advocates.

Last on my list is Thomas Chandler Haliburton’s (1796-1865) classic The Clockmaker (1836), arguably the first Canadian bestseller. Witty and satirical, Haliburton’s brand of humour is frequently compared to Stephen Leacock’s work, although it predates the latter by almost a century. The backdrop here are the farms and fishing communities of pre-Confederation Nova Scotia, and unlike the previous three authors who left Europe for Canada, native Nova Scotian T.C. Haliburton retired to Cornwall, England, in 1856 and became a Tory M.P.

And despite his long career as a Nova Scotia Supreme Court judge, I’m hoping to end my Canada 150 literary sojourns with a few good rip-snortin’ chuckles and chortles.

Are you reading any new-to-you Canadian literature this summer? 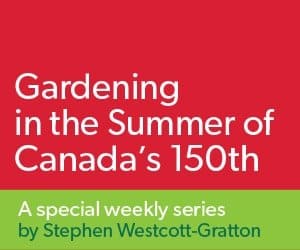