Every two years, the Canadian Garden Council organizes the North American Garden Tourism Conference to promote the development and promotion of garden experiences as tourism attractions. At the 2017 conference, the latest awards were presented for both North American and Canadian destinations. 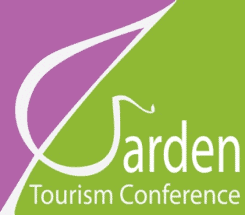 Also, a new agreement was announced between the council and Destinations Canada, the agency that promotes tourism to Canada around the world.

“Our research shows that visiting the country’s spectacular gardens is something that large numbers of inbound tourists to Canada are very interested in adding to their itineraries,” says David Robinson, Vice President, Strategy & Stakeholder Relations of Destination Canada. “That the Canadian Garden Council is the North American leader on the subject of garden tourism is something about which we can build on.”

“In the spirit of highlighting North America’s most dynamic garden experiences and in consultation with a North American jury, we are honoured to announce the 2017 recipients of the Top 10 North American Gardens Worth Travelling For Garden Tourism Awards,” says Michel Gauthier, Executive Director of the Canadian Garden Council.

Three Canadian destinations are on the latest top 10 list:
(in alphabetical order)

The Canadian awards recognize both people and organizations, and are presented in collaboration with the Canadian Nursery Landscape Association:.