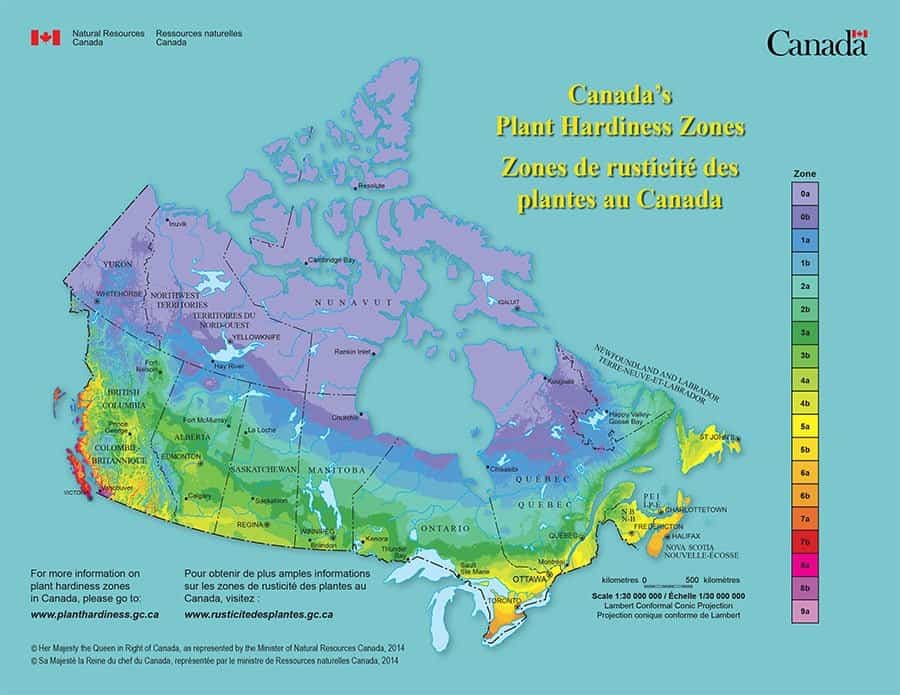 As gardeners in a northern climate, we’re quite aware of the challenges of growing plants that may be borderline hardy in the region where we live. “Will it grow in my zone?” is the pertinent question about winter hardiness for perennial plants.

Scientists have developed maps of plant hardiness zones for Canada based on seven climate variables (not only the average annual minimum temperature). Now they are beginning to assess how changes in climate affect what can be grown in different regions.

New plant hardiness data compiled by Natural Resources Canada over a 50-year period was presented in the April 2014 issue of BioScience, published by Oxford University Press. “Change and Evolution in the Plant Hardiness Zones of Canada,” by Daniel W. McKenney and others, describes a northern shift in zones in western Canada, but less dramatic shifts in southeastern Canada.

There is change, but it’s not necessarily dramatic. For instance, they compared 62 northern tree species over the 50-year interval and found an average northward shift of 57 kilometres in what they call the “tree climate envelope.” For species in western Canada, the shift north averages 75 kilometres versus only 38 kilometres for species in eastern Canada.

Most areas in Canada along the U.S. border are at least half a zone higher now. The changes in hardiness zones is more pronounced in western Canada:

To find the change for your community, there is an alphabetical listing on the Natural Resources Canada website at http://www.planthardiness.gc.ca/?m=22&lang=en.

“Our findings present a complex picture of plant hardiness changes in Canada over the 50-year interval examined,” the authors write. However, “these changes signal an increase in the productivity and diversity of plants that can be grown in Canada,” they add.

The researchers also conclude that “extreme events, such as the increased incidence and severity of late spring frosts and the ongoing risk of extreme cold events in southeastern Canada, may limit the extent to which these shifts translate into planting success. In the gardening context, extreme events may be tempered by cultural practices (e.g., covering plants during frost, watering during drought, but, in larger agricultural and forestry operations, the selection of less-hardy species and varieties … still involves considerable risk.”

Beckie is Editor of Garden Making. She is a Master Gardener and published author in Niagara-on-the-Lake, Ontario.