You are here: Home / Archives for Gardens to visit 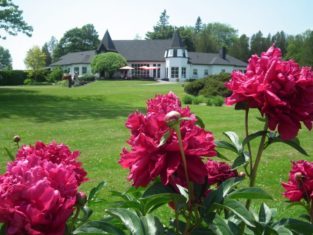 From the moment I arrived at Kingsbrae Garden in St. Andrews, New Brunswick, my camera didn’t stop clicking. First there were the vivid orange begonias in the urn perched on the low stone wall in the entrance courtyard. Then the water rill called out for attention. Walking through the opening in the 10-foot (3-m) cedar hedge and into the perennial garden, my camera and I were … END_OF_DOCUMENT_TOKEN_TO_BE_REPLACED 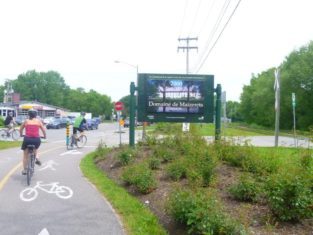 If you’ve ever huffed and puffed your way up the steep incline from Quebec City’s Old Port to the upper city, you might be forgiven for saying, “Non!” to exploring its gardens by bike. But you’d be missing one of the best ways to visit the Quebec City gardens is by biking the riverside park and garden trails. One of the main bicycle trails flanks the level shores of the … END_OF_DOCUMENT_TOKEN_TO_BE_REPLACED 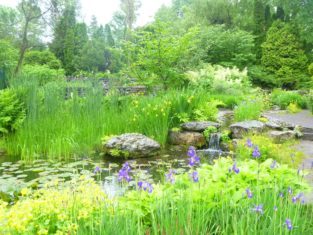 Plant nerd alert: this garden is for you! Sure, the Roger Van den Hende garden in Quebec is beautiful, even on a drizzly day like the one when I visited, guided by the incredibly knowledgeable Blanche Dansereau, Adjunct, Emeritus Professor at Laval University’s Faculty of Agriculture and Food. Waterproof notebook and camera in hand, I followed Professor Dansereau to our … END_OF_DOCUMENT_TOKEN_TO_BE_REPLACED 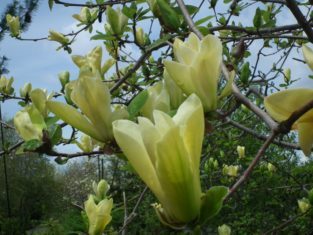 No matter what the season, there’s always something happening at the Montreal Botanical Garden. I’ve been in November when frost rimmed the sparkling leaves of the last of the season’s perennials; I’ve visited in early May when tulips were blooming their faces off and an astonishing number of yellow magnolias flowered against a clear blue sky. In summer 2013, during … END_OF_DOCUMENT_TOKEN_TO_BE_REPLACED 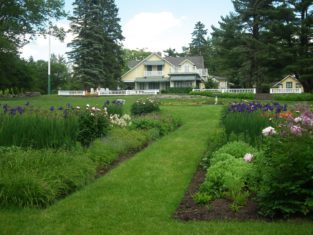 As a young man, William Lyon Mackenzie King would ride his bicycle into the beautiful Gatineau Hills he grew to love. Located about 20 kilometres from Ottawa, it was here that King would eventually make his home. First in the modest four-room cottage known as Kingswood, then at Moorside, where he carved both home and gardens out of the Canadian Shield, and finally at The Farm, … END_OF_DOCUMENT_TOKEN_TO_BE_REPLACED