You are here: Home / Archives for Growing from seed 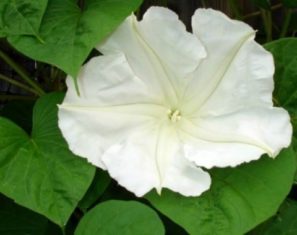 Some years ago I found pots of moonflowers (Ipomoea alba, syn. Calonyction aculeatum) started in a nursery. These are a species in the morning glory genus, and you can see the resemblance in their large, pure white trumpet flowers, twining vines and heart-shape foliage. Moonflowers are distinguished by their night-blooming schedule (opening in late afternoon), and an … END_OF_DOCUMENT_TOKEN_TO_BE_REPLACED 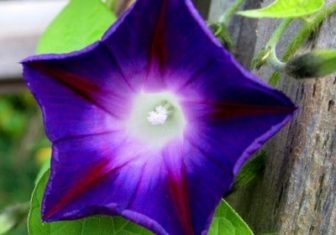 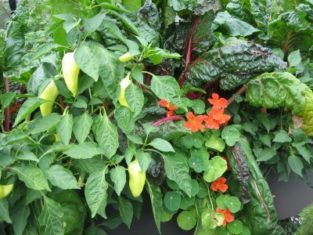 I have a bright, hot spot on my front stone steps with enough space for three containers to greet visitors as they come up the path. The stone holds heat, which in turn is radiated into the containers and heats the soil. Many plants prefer cool soil around their roots and wouldn’t like this location, but for two years I’ve done well with ‘Tropicana’ canna lilies. Their breeding … END_OF_DOCUMENT_TOKEN_TO_BE_REPLACED 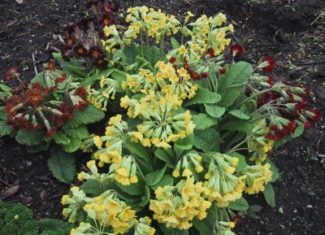 There’s no need to shrink from the mere thought of starting primroses from seed. It might seem mysterious and excessively scientific, requiring the defeat of inbred germination inhibitors, necessary freeze and warmth cycles, and exposure to light or complete darkness — too complicated and fidgety to attempt. Except, of course, you could learn the methods and do it; and be able … END_OF_DOCUMENT_TOKEN_TO_BE_REPLACED