You are here: Home / Archives for Canada 150 special 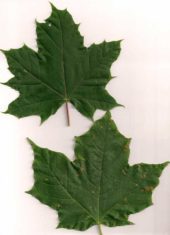 The widely planted Norway maple (Acer platanoides) is not my favourite tree. I wouldn’t mind so much if it would stick to its native range — from Scandinavia to Turkey — but in Canada, it’s quite rightly the poster child for the invasive species lobby. Shade-tolerant Norway maples have thick, dense canopies that cast an impermeable shadow, together with a tangle of surface … END_OF_DOCUMENT_TOKEN_TO_BE_REPLACED 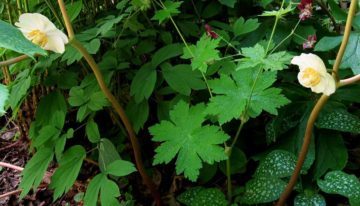 Mayapple In spite of trying my utmost, I was never able to grow our native mayapple (Podophyllum peltatum, Zone 3) in my Toronto garden. Each spring like clockwork a single leaf poked its head up, but in more than a decade I never achieved the requisite two leaves that signal a flower is on the way. When I moved 100 kilometres north of the city, it was a completely different … END_OF_DOCUMENT_TOKEN_TO_BE_REPLACED 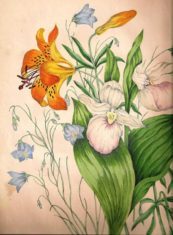 Since childhood, I’ve been convinced that there’s no better way to spend a rainy afternoon than to search through the shelves of an out-of-the-way second-hand bookstore. Although these establishments have become increasingly rare over the years, they are far from extinct, and are further enhanced by several good websites that specialize in second-hand books. It was in this way … END_OF_DOCUMENT_TOKEN_TO_BE_REPLACED 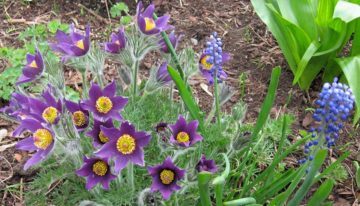 The prairie crocus (or “pasqueflower”) often bursts into bloom before the last traces of winter snow have melted. It bears sumptuous cup-shaped lavender-purple flowers held above finely dissected fern-like leaves, and even after blooming, its fluffy silver seedheads (or “achenes”) remain attractive for many weeks. This year, my specimens began to flower with the grape … END_OF_DOCUMENT_TOKEN_TO_BE_REPLACED 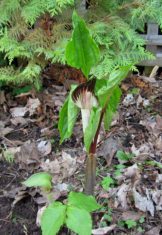 Jack-in-the-pulpits On every kid’s list of favourite plants is our quirky Jack-in-the-pulpit with its green, red or purple spadices (the Jacks) and hooded green-, red- or almost black-striped spathes (the pulpits). Native from Nova Scotia to Manitoba, easy-to-grow Jack-in-the-pulpits (Arisaema triphyllum, Zone 3) sprout from bulbous tubers (or “modified stems”) and grow 18 … END_OF_DOCUMENT_TOKEN_TO_BE_REPLACED